Hi,Can u please give me deatil notes for manual testing and Black Box testing (from the basics.)Regards,Jyothi.

Testing is a process of verifying where a product meets the customers requirement. The product is build by the developers and the testers used to find bugs in the products to improve the quality of the product. To find these bugs they first determine what are the tests to be done on the product.These tests are written as test cases.After the test case is prepared the testers used to run these test cases on the developed application manually. This is called manual testing.

Instead of running these testcases manually if they use some automation tool to execute the test cases then it is called automation testing.

In both the above case the tester acts as a end user . They get the exe of the application and executes the test cases on it .This type of testing the application ,without the knowledge of the coding part is called as Black box testing.

login window for this u need to perform backbox testing ! all u need to do is enter user name and password press enter then cancle ...

White -box testing might include access to the source code behind the application and the tester can debugg and actually spot the in some unit of code or point to a particular batch of code which is not right and mostly white box involves mostly system testing whereas incase of blackbox testing the tester doesnt have access to the source code and blackbox testing mostly includes User acceptance testing, Functinality testing, Interface Testins, volume testing and others.

hi jyothi as far as my knowledge black box testing is a system level testing technique.for this testing no need of knowin intenral coding of the program.blackb box testing can be done by manually or automatically.basically every black box tester is amanual tester.if the project is very complex to test manually then we will go for automation.

Black box testing nothing but the functionality of the application would be tested against to the customer provided requirement documents while providing the input. For this the tester no need to check the internal structure coding/statements.

hi basically testing is divided into two methods i.e the black box and te white box.in this black box comes the stage of manual or automation .manual testing is testing an application without any automation tools.just take the product and input some values and check whether expected values are achieved or not.

in specific if you have any query kindly post it here.

please give me deatil notes for manual testing

Around 50% testing done in the world are purely Manual-BlackBox testing.

BlackBox as it says, is a testing which include testing of functionality and not on internal codes or loop.

the main aresa are GUI checks, functionality and Validation and little bit of Database testing.

I need to know what exactly is automation testing

Can you give me detailed information on this point

testing the software without knowledge on internal logic of the programe in called blackbox testing. in manual testing we do testing manually we performe like systemtesting in this functional and non functional teating,useracceptance test.

Manual Testing is Testing the application manually whether the application is built as per client specification, it contains both the methods Verification and Validation which assure the quality product is built at the end.

Black Box Testing is also known as functional testing. It is a software testing technique whereby the internal workings of the item being tested are not known by the tester. For example, in a black box test on software design the tester only knows the inputs and what the expected outcomes should be and not how the program arrives at those outputs. The tester does not ever examine the programming logic and does not need any further knowledge of the program other than its specifications.

Test cases are prepared accordance to the specification laid and they are executed manually in the developed software. This is called manual testing when this is done using automation tools then it comes under automation

Manual testing is performed by the tester who carries out all the actions on the tested application manually, step by step and indicates whether a particular step was accomplished successfully or whether it failed. Manual testing is always a part of any testing effort. It is especially useful in the initial phase of software development, when the software and its user interface are not stable enough, and beginning the automation does not make sense.

TestComplete gives you an opportunity to create and manage manual tests when testing your application. After adding a Manual Testing project item to your TestComplete project, you can create a collection of steps to be performed when the application is being tested, with a description and detailed instructions for each step.


Manual Testing: The Testing is performed manually without any support of Automation Tools. The following are the steps to be followed for Manual Testing Process in a Real-Time Scenario.

1. Go through the SFD (System Functionalle Document) or SRS (System Requirements Specifications Document). This helps to understand the business requirements of the respective application.

2. Writing the Test Cases after getting a clear picture of the business requirements in MS-Excel or any other Tool like Test Director.

5. Reporting the Bugs/Defects to the Developers, found while Testing the Application.

Refer to the pdf Document '' The Art of Software Testing: by John Wiley

manual  testing means ""testing the application with out the help of automation tools. Here test script and/or  testcases are prepared manually and then the application is tested to explore functionalities based on the SRS document. here both blackbox and white box testing can be done.

According to me
Black box tesing is nothing but one will test the only functional part of an application,
It can be done in mannual or using automated tools eg: QTP, Winrunner.
eg of black box tesing are module level tesing, system leve tesing and user acceptence tesing.

Manual testing is where inputs are given to the application manually and the test cases executd to get the output (Desired) and find bugs in the application.

Black Box Testing attempts to derive (design) sets of inputs that will fully exercise all the functional requirements of a system. Tne Tester need not have the knowledge abt the internal structure of the application


BLACK BOX TESTING=  Black box testing is a type of testing, where the code is not transpant to the tester or user. In black box testing basically we test the functional of the software according to the requirement. In this testing we dont concern about the code, means logic of code, how we write code etc, we consider only upon the functionality, we enter the values and according to the requirement we expect some value. For ex.

When you enter values in login window, there are two field one is USERNAME and another is PASSWORD. Suposse in requirement the value for USERNAME is only 20 character is accept, and if you enter numeric character for this field and after that press OK button and if your value is accepted then it means (error is occure) same for PASSWORD.

Black box testing is funcational testing. A tester has no need of programming knowlege, only a tester test the funcationality of the application.

Manual testing is that based on functional specifications and writing testcase for specified build. Coming to blackbox testing the actual test beings from completion of requirment and analyisis. for black box we need not to know programing knowledge.

hello jyoti,
a test engineer will perform testing with out having the  knowledge of the internol code ,only on the functional part of the applicatioin this is generally called as BLACK BOX TESTING, and one m,ore thing here no scope to interUct with the internol code of ther application so we also called it as CLOSED BOX TESTING.

Hi Jyoti,
Its true in Black-Box testing u need not to have knowledge about the code. Only thing we need to understand the funtional flow.Our concern is how the behaviour is happening not how code is execting it. So without having knowledge about the code we do the blackbox testing(check out verry simple example on password is given by simran).
There is one disadvantage of the not knowing anything about that when a developer fix a defect they try to make the other defect as duoplicate...so enjoy the game of defects count betwen dev and test team :)

Black Box Testing is not a type of testing; it instead is a testing strategy, which does not need any knowledge of internal design or code etc. As the name "black box" suggests, no knowledge of internal logic or code structure is required. The types of testing under this strategy are totally based/focused on the testing for requirements and functionality of the work product/software application. Black box testing is sometimes also called as "Opaque Testing", "Functional/Behavioral Testing" and "Closed Box Testing".

Hi,
Could someone tell where to learn manual testing from? From the basics.

Manual Testing is an process of testing the application by ERROR GUESSING concept.......its upto tester knowledge and exp.........

Black Box Testing is an process of planning and designing the test document with the knowledge of input's,output's...process is done by testing team or tester......

Manual testing :  Testing conducting a project with out using automation tools that is called  Manual  testing.

Black Box testing: We can perform testing application we must focus on fuctional requirements part that time is called balck box testing.
It also called as fuctional testing

Manual testing is one where we perform the testing without use of any automation tool.
We have 2 types of testing white box and black box testing
Black box testing is one where testers will perform this testing without the knowledge of structural part (e.g. How the application is developed). They use only the knowledge of functional part (e.g to check whether the application is working as expected).

Manual Testing: Testing a application or system with the reference of requirement by preparing test cases or performing ad-hoc testing by a person is called manual testing

Also I can explain you the above concept in the bellow fashion.
Manual testing is nothing but testing the application or system without using any tools.
When you use any tool to automate some of test cases of any modules when the system is stable and run them when ever required a regression testing on them called automation testing
The above type of testings are end-user testing where you won't see internal code behavior. you can test only the results of the action you are performing
White Box Testing: It is purely code based, like checking the code behavior by running each and every function, procedure, class etc.. this part is called Unit testing. Unit testing is one of the testing methodology of white box testing

This is a big area with a lot of methods and esp. if you want if from the basics.. The best thing is to attend a course or read a book about it. I recommend "Foundations of Software Testing" by Dorothy Graham.

Testing is the verification of the customer requirments and black box testing are test that only knows the input and the output of the test, but not knowing the internal mechanism of the test. 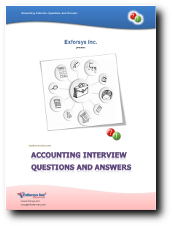 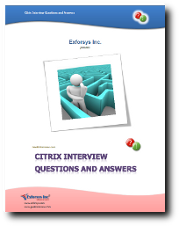 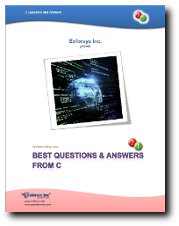 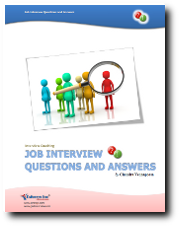 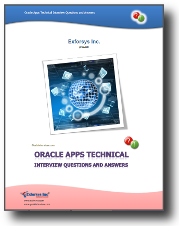 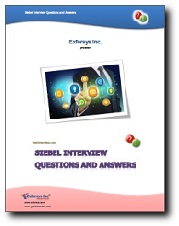